We would like to offer our sincere support to anyone coping with grief. Enter your email below for our complimentary daily grief messages. Messages run for up to one year and you can stop at any time. Your email will not be used for any other purpose.

Share a memory
Obituary & Services
Tribute Wall
Read more about the life story of Robert and share your memory.

Bob was born in Milwaukee, Wisconsin on Sept. 16, 1957, to Cleon and Lola Ruth Worley (Powell). After the family moved to Chadbourn, NC Bob was diagnosed with glomerulonephritis, a kidney disease, at 19. Being from a proud family of farmers and construction workers, Bob was unable to do manual labor for a profession so he made the decision to go to college. Bob graduated with a civil engineering degree from NC State University where he learned to embody the Jim Valvano quote, “Don’t ever give up”.

After nearly 15 years on dialysis with a rare blood type, Bob received a kidney transplant in 1993. For 18 years he enjoyed his family and career without the worry of his disease. In 2011, Bob met his old nemesis and returned to dialysis after his transplanted kidney failed again from glomerulonephritis. In 2013, Bob faced a time of 10 months at UNC Hospital SICU fighting to return home, this time to his growing family.

As an engineer and one of the first in his family to graduate college, Bob loved his work and would often enjoy his travels to the many projects he managed over the years including the Carolina Panthers stadium in Charlotte, PNC Arena in Raleigh, and numerous other Triangle area construction projects built during this time. After officially retiring from Stewart Engineering, he would go on to achieve an ultimate goal for himself, earning his Professional Engineering license all while continuing dialysis.

Bob remained ever hopeful and NEVER gave up his fight. Throughout his life, Bob only knew how to fight to survive and continued fighting until the very end. With him in this fight was his lifelong partner and love, Kathy. Bob was a larger-than-life man, with the biggest heart. He gave the best hugs and told the best stories. One of the greatest problem-solvers, Bob was always good at figuring out how to fix something. He loved to drive, tinker with cars, and build anything and everything including two of the family’s homes with the help of his brother.

A service of Meares & Jones Funeral Service of Fair Bluff.

To send flowers to the family or plant a tree in memory of Robert “Bob” Worley, please visit our floral store. 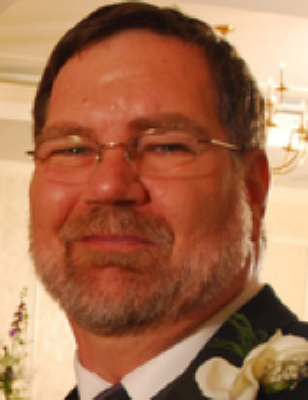 In Loving Memory Of

Look inside to read what others
have shared
Family and friends are coming together online to create a special keepsake. Every memory left on the online obituary will be automatically included in the book.

In Loving Memory Of

Look inside to read what others have shared

Family and friends are coming together online to create a special keepsake. Every memory left on the online obituary will be automatically included in the book.

You can still show your support by sending flowers directly to the family, or by planting a memorial tree in the memory of Robert “Bob” Worley
SHARE OBITUARY
© 2023 Meares & Jones Funeral Service. All Rights Reserved. Funeral Home website by CFS & TA | Terms of Use | Privacy Policy | Accessibility